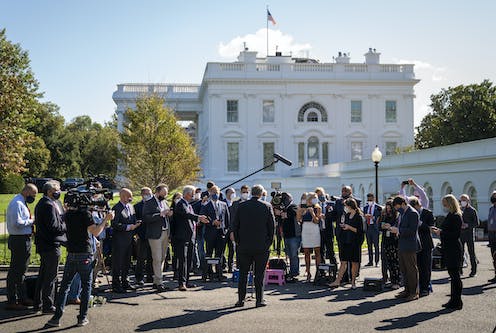 President Donald Trump went directly to the public and announced via Twitter early on Oct. 2 that “Tonight, @FLOTUS and I tested positive for COVID-19. We will begin our quarantine and recovery process immediately. We will get through this TOGETHER!”

The president’s straightforward announcement was unlike many presidents in the past. My research has focused on how politicians dodge questions. I have co-authored an entry in the Encyclopedia of Deception with scholar Michael J. Beatty about how rampant deception is when it comes to presidential health.

It’s one of the most common types of political deception perpetuated against journalists and the public.

And in a presidential campaign, public opinion polls have suggested that voters want to know details about the candidates’ health.

I will be watching with interest how the White House, the Trump campaign and the news media handle the president’s COVID-19. Here’s a roundup of how other U.S. leaders and their administrations have handled information about presidential health problems.

At a press briefing in 1893, President Grover Cleveland’s secretary of war told inquiring journalists that their speculations about the president having surgery were wrong.

The nation was in a recession, and Cleveland feared that his economic plan would be doomed if the public knew that his doctor thought he could have cancer. Cleveland had surgery secretly on a yacht, the tumor was removed, but the nation continued spiraling into an economic depression.

During President William McKinley’s second term in office, which began in 1901, his health plummeted. He had eye trouble. He was bedridden with the flu. And he was near death from pneumonia. Yet his spokesman tamped down media speculation, telling journalists that reports of the president being ill were “foolish stories.”

When Woodrow Wilson became gravely ill from syphilis, his spokesman issued press statements that the president was recovering from fatigue.

For the entirety of his service to Franklin Delano Roosevelt, Press Secretary Stephen Early tried to hide the president’s paralysis caused by polio by having the press snap photos of the president in ways that hid his wheelchair. Even after FDR died, Early released a statement that “the president was given a thorough examination by seven or eight physicians” and “he was pronounced organically sound in every way.”

Dwight Eisenhower was hospitalized with a heart attack, but his press operation initially told reporters he had an upset stomach. 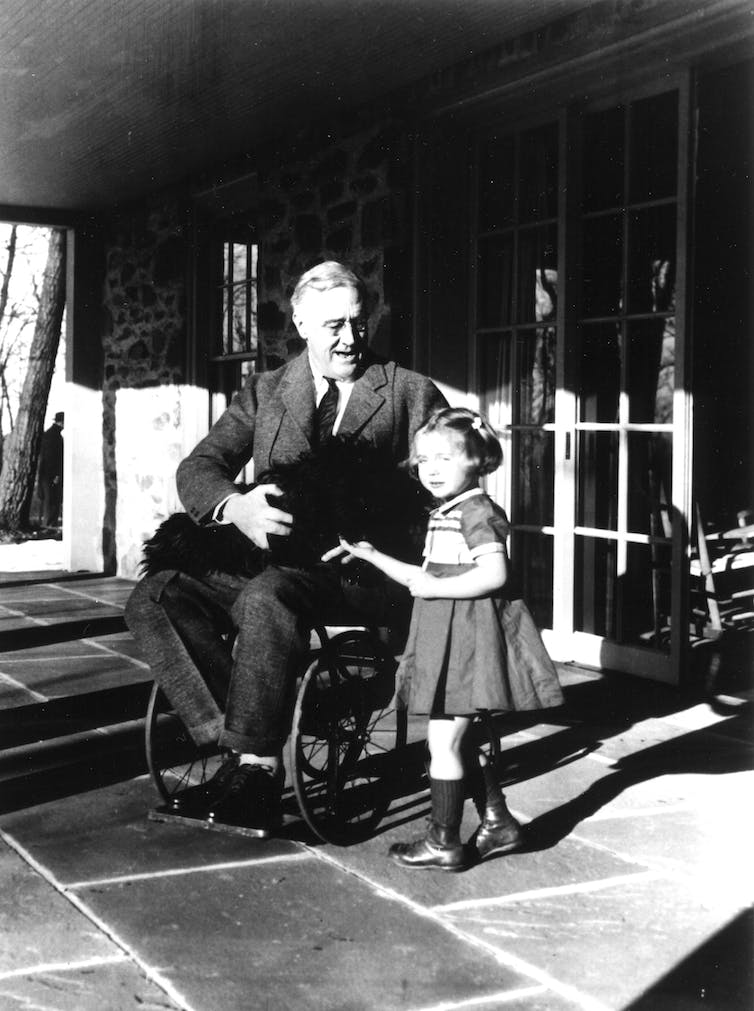 An unusual photo of FDR in a wheelchair – his press secretary tried to avoid images of the president in his wheelchair.Margaret Suckley/PhotoQuest/Getty Images

There is even precedent for presidential staffers lying about their own health.

William Howard Taft’s press spokesman, Archie Butt, was sickened from stress and fatigue. He flew to Rome to escape and get rested. Rather than admit that he was exhausted – which would seem reasonable for a person working in such a high-stress position – he told the press corps that his trip was to meet with the pope.

Sometimes presidents lie about medical conditions to distract from other, non-health issues. When John F. Kennedy was holding secret meetings dealing with the Soviet Union and the Cuban Missile Crisis, Press Secretary Pierre Salinger told reporters that the president’s schedule changes and lack of public appearances were due to a cold. He even released the president’s symptoms and temperature.

Perhaps proving that he wasn’t talented at deception, Salinger used the same cold excuse to explain Vice President Lyndon Johnson’s impromptu flight from Hawaii to the White House at the same time. The Washington Post’s editor suspected the colds were awfully coincidental, but Salinger refused to comment.

As the political public relations adage goes: The cover-up is worse than the crime.

In 2016, both U.S. presidential candidates Donald Trump and Hillary Clinton were caught deceiving the public about their health. Each candidate accused the other of lying about medical conditions.

Questions may now arise as to whether Trump gave a subpar performance in the debate because of his health, although presumably he and his wife and staff were tested for COVID-19 prior to the debate.

Nonetheless, it is worth noting that in the most famous televised debate in U.S. history, the Sept. 26, 1960, Kennedy vs. Richard Nixon showdown – after which many voters said they decided to vote for Kennedy – Nixon was ill and unrested. Nixon had been in the hospital a couple of weeks earlier and looked a little gaunt from having recently lost five pounds.

Nixon had been campaigning intensely and did not prepare for the debate. He held a campaign event that morning with the United Brotherhood of Carpenters and Joiners, and never met with his staff and didn’t even take their calls. Meanwhile, Kennedy had been fiercely preparing with his advisers at the Knickerbocker Hotel in Chicago.

Similarly, Trump had held several public events prior to the debate and did not spend time preparing in private for it, as Biden did.

After an initial announcement with remarkable transparency, it remains to be seen whether Trump will continue in that vein or adopt the more traditional practices of presidents who were less than open about their health.

This is an updated version of an article originally published on September 13, 2016.

David E. Clementson does not work for, consult, own shares in or receive funding from any company or organization that would benefit from this article, and has disclosed no relevant affiliations beyond their academic appointment.