Boris Johnson has declared that his government plans to build a “high-skill, high-wage” economy across the UK. But it will not be an easy thing to deliver.

Indeed, the initial response from some business leaders has been robust and critical. And while some sectors (such as logistics) are currently seeing an increase in wages, this is down to what economists refer to as a “money illusion” – that certain groups are experiencing a short term spike in earnings due to a shortage of their skills.

But any gains in earnings will be eroded by higher prices for consumers, rather than feeding through to higher standards of living. Businesses are right to be concerned that this will simply fuel inflation and make the UK less competitive.

Post-Brexit, some sectors which have previously relied on EU labour are now facing serious shortages. But whether or not that reliance forced down earnings in the UK, will only become really clear when the effects of the pandemic (hopefully) subside.

And while previous research suggested that the effect of EU immigration on UK wages was very small, it also acknowledges that this may differ across sectors.

Certainly an important feature of why small hauliers in particular have seen their incomes stagnate over the past 20 years is simply to do with supply and demand. The sector is very competitive in terms of supply, with many firms chasing each contract, but relatively uncompetitive in terms of demand, with a relatively small number of large buyers (supermarkets, petrol companies) of these services. That situation has not changed, and outweighs any effect caused by foreign competition.

So where wages are now rising, this is in response to potentially short term skills shortages. But these are only sustainable with higher productivity – or higher prices. And because it is difficult to imagine petrol delivery becoming more productive, if the cost of delivery increases, so will the cost at the pump.

In the long-term then, real wage growth can only be sustained through growth in productivity. It is only by enabling workers to become more productive, either in terms of their output, or in terms of the value of what they produce, that earnings can rise.

And the UK will not become more productive without a fundamental change in the way its labour market actually operates.

The UK’s labour market is good at getting people into work, because the costs to businesses of hiring are relatively low, as are the costs of laying people off. So compared with, say, France, there is little risk to the employer of taking someone on – if it does not work out, the employer can let them go and hire someone else.

But this flexibility comes at a cost. And that cost is most noticeable in the poorer “left behind” areas of the UK.

In very flexible labour markets, where hiring and firing is cheap, too many people stay in entry level jobs on minimum wages, with little incentive for firms to train or develop their staff. And this helps to explain why earnings growth is likely to remain sluggish in many sectors. 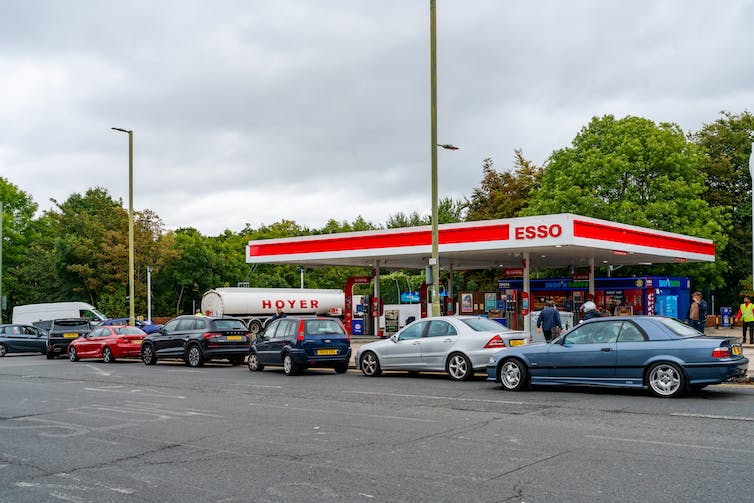 Currently, many sections of UK industry are deliberately structured to exploit this flexibility. “Low productivity” activities, such as basic fabrication or assembly, are outsourced to low wage areas (in the UK as well as overseas) with the market power firmly owned by the businesses who control the supply chains.

This domination (by large firms like Apple) is such that even when suppliers improve productivity, any gains they make just reduce the price of what they are producing.

In response to this downward pressure on earnings, recent UK governments have tried to protect the income levels of the lowest paid with means tested “in-work benefits” such as tax credits. But these effectively subsidise low productivity, and provide disincentives for firms and workers, who become trapped in a low-wage, low-skill scenario.

Firms can keep employing people on low wages subsidised by the state, so firms who control the labour supply chains can outsource low productivity to those places. Breaking this cycle requires large scale investment in skills and training to give workers access to more job opportunities and encourage innovation. 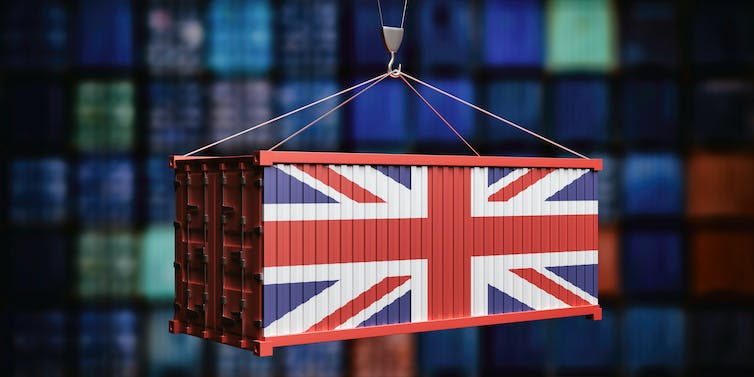 The government should also pay attention to the “low-productivity” jobs that are actually “low-pay” jobs – public sector activities such as health and social care.

In these sectors, productivity is often measured by what people are paid, which is often not very much at all. But these essential roles often mean “high-productivity” work happens elsewhere – allowing family members to go out to work, for example, while relatives are cared for.

These sectors are hugely undervalued at present, and underpaid. Recognising this, funding them properly, and providing career opportunities rather than minimum wage jobs, would be an excellent place to start.

Nigel Driffield receives funding from the ESRC on various projects related to UK productivity and inward investment . These are listed here https://gtr.ukri.org/person/DFD47E62-01FA-4AC2-BE54-2B1597CDD537