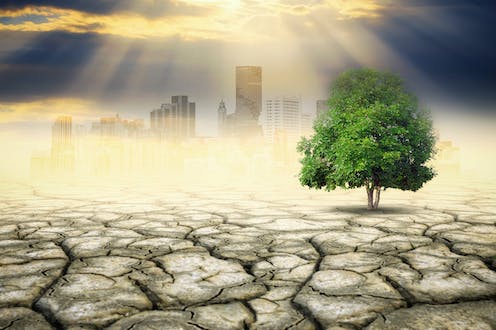 Energy prices across the world have soared in recent weeks, hitting households and businesses hard. Combined with the costs of dealing with the pandemic, this may make political leaders think twice about making the case for expensive environmental policies that could further raise taxes or bills at next month’s COP26 global climate summit.

But one way or another, climate change will eventually have to be paid for. Put simply, we can pay now by replacing our cars and gas boilers with greener alternatives; or we can pay later, by funding the replacement of flooded infrastructure and dealing with natural disasters.

It’s a bit like saving for retirement. An employee knows that sooner or later they will have to pay to support themselves when they are no longer working. They can choose to pay that price sooner, by putting aside money for a pension or they can pay later, with a reduction in living standards when they stop working.

For both climate change and retirement, the less costly option is to pay now. With retirement, interest on savings generates its own interest, with larger financial benefits than many people anticipate. For the climate, allowing damage to continue makes the problem worse.

Yet despite this, people generally under-save for retirement and households under-invest in reducing energy consumption. For instance, they often end up spending more on powering inefficient appliances than it would cost to replace those machines with newer, more efficient models.

Behavioural economists have made numerous contributions to understanding why people seem unwilling to save adequately for retirement. And some of their insights can helpfully be applied to climate change mitigation.

One famous example is a pensions saving scheme designed by the economists Shlomo Benartzi and Richard Thaler, which takes into account two commonly held attitudes: “loss aversion” and “present bias”.

Loss aversion refers to the fact that people tend to feel the pain of loss more acutely than they feel equivalent gains. For example, they are more upset by losing a £50 note than they are pleased to have found one.

Present bias refers to the observation that people can be far less patient about immediate delays than they are about delays of the same duration that will postpone future events. To see if you are present biased, ask yourself the following questions: would you choose £10 today or £11 next week? And would you choose £10 in 52 weeks or £11 in 53 weeks?

If you chose £10 today and also chose £11 in 53 weeks then you are present-biased. You are more impatient about the here and now than you are about the future.

Saving (for) the future

With climate change, there may be a similar lack of motivation. Though the costs of climate change mitigation are experienced here and now, the benefits can seem distant and uncertain. 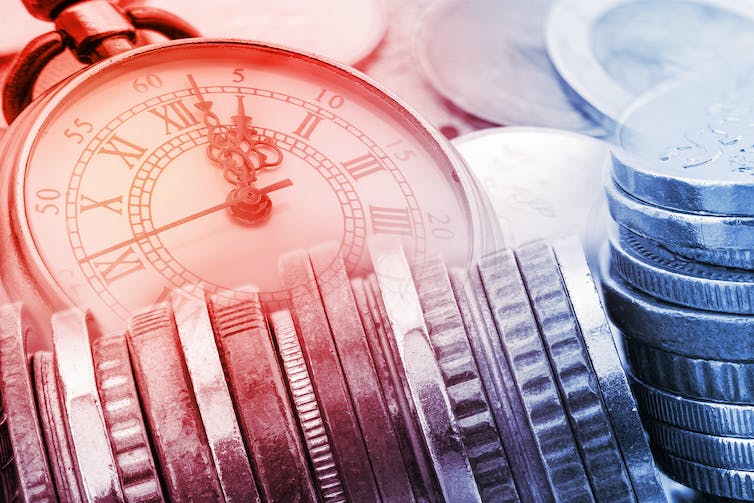 To overcome the bias against pension saving induced by loss aversion and present bias, Thaler and Benartzi created a plan called “Save More Tomorrow”. The idea was for people to commit to paying into their pension when they next received a pay rise.

With each subsequent pay rise, the proportion of income allocated to pension saving would increase. By paying for pension investment out of future pay increases, the scheme means people can accumulate pension wealth without having to sacrifice their current lifestyle.

Governments could make clear that the current energy prices are not a temporary blip, but are in fact the new normal. In this model, consumers would still have to pay the current high prices even when wholesale prices fall. The difference between wholesale price and the price consumers pay would be a carbon tax.

This would not necessarily be easy or popular, but could also bring several benefits. For example, the certainty that carbon-intensive energy will be expensive for consumers will make energy-intensive products less attractive. That will encourage firms to develop the sort of greener technologies that consumers will demand.

Consumers would be more likely to ditch wasteful habits and instead adopt more efficient lifestyles. Governments could use the tax revenues to support less well off households make changes to reduce their energy consumption.

A further advantage of linking carbon taxes to high wholesale energy prices is that it gets around an obstacle to government action. No government wants to make its voters feel like they are the only ones paying to deal with a global threat. But because energy prices are now high worldwide, this is a rare opportunity for global coordination.

The “Save More Tomorrow” scheme proved enormously successful when it was trialled in firms in the US. At the outset of the program, participants had been saving 3.5% of their income towards retirement. After 40 months, on average they were saving 13.6%.

If the system worked for investing in pensions, it could work for investing in the environment. Save More Tomorrow started out as a plan to help workers – now is the perfect time to apply the same theory to secure the future of the planet.

David Comerford receives funding from UKRI for research on Covid-19.