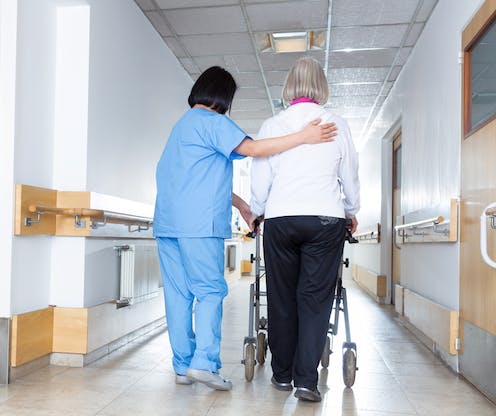 The gender pay gap and what to do about it in Denmark recently came to a head in the nursing profession. During the pandemic, focus on the work of nurses has come to the fore in a number of countries, including in the UK where a recent proposal for a 1% pay increase was heavily criticised.

In national public sector negotiations in Denmark, nurses voted against a recent pay offer of up to 5% which was set to preserve real wages for public workers over the next three years. But research shows that it’s not just a question of a pay rise: the wage level itself is set unfairly low for those in the profession. And the root of the problem dates back to a law that came into force some 50 years ago.

Denmark has a reputation globally for equality, but it still has problems with unequal pay. Danish nurses still receive 10%-20% less in pay than male-dominated professions requiring a similar level of education. There are many contributing factors to unequal pay, but a recent report from the Danish Institute for Human Rights (DIHR) found that legislation enacted in 1969 led to nurses and other female-dominated professions placed at a lower pay level.

Not only was the recent pay offer rejected, a citizens’ petition to reform the law in respect of many traditionally female professions received the requisite 50,000 signatures, within a record-breaking eight days, to make it to parliament.

Central to the current fight for equal pay in Denmark is the call for the Danish parliament to revisit the Public Servant Reform Act of 1969. The act was intended to modernise the employment system for state employees and allow the state greater control over wage increases. The act is regarded as one of the main reasons that female-dominated professions in the public sector still have lower salaries than male counterparts in positions with a corresponding level of education and responsibility.

In 1965, a commission was tasked with collecting data on and assessing all job functions as officials wanted to construct a wage scale and terms and conditions based on solely objective criteria. However, collecting such a large and diverse amount of data turned out to be more challenging than anticipated.

The commission also could not decide which criteria it should use when classifying the different professional groups and exactly how these should be weighted in relation to each other. In a letter forwarded to all government ministries, the commission mentioned workload, education and responsibility as criteria for work assessments, but it never actually succeeded in developing a proper system.

The commission was also tasked with not significantly increasing spending on public salaries. It therefore had to maintain the existing status quo, limiting the number of professional groups that could be moved to a higher wage bracket. The status quo at that time dated back to the first Civil Servant Act of 1919, and the commission had little room to manoeuvre: increasing wages for one professional group would lead to demands from others. 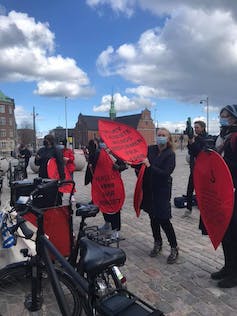 Protesters for equal pay gather in a square with red banners.Foran Christiansborg

Though its aim was to modernise, in the end, the commission’s final proposal – which became law – perpetuated a system that dated much further back in time. Against this backdrop, the female-dominated professions were generally placed at a lower level in relation to their education and level of responsibility at the time.

The act set out that the rest of the public sector should synchronise its wages with the new system, and this wage gap eventually spread to every other type of public worker. This also effectively ensured the state a relatively high degree of control over wages in the public sector.

In December 2020, the report from the DIHR examined the relationship between wage scales for public workers in 1969 and 2019 and found an overall correlation, demonstrating similar wage differentials today as there were then.

The same trend could be observed in 2019 but, perhaps surprisingly, there was even less correlation between educational level and position on the wage scale.

While wage disparity from the 1969 act and equal pay generally has been on the agenda for many years in Denmark, the report has triggered renewed public and political interest in recent weeks. What should be done to solve a wage gap stemming from a law passed over 50 years ago?

COVID has in Denmark, like elsewhere, highlighted care work as an essential part of society’s infrastructure, creating support and momentum for equal pay activists. The citizens’ petition calls for the 1969 act to be repealed and for equality of pay between all public professional groups to be introduced.

Longstanding concerns over piggy-backing claims (if the wages of one profession are increased, another group will demand the same) must be overcome – and there is only one pot from which all public sector pay comes, fixed by the government.

Politicians have to date tried to avoid responsibility by suggesting that the common method of resolving industrial disputes in Denmark should be used, that is, collective bargaining between the trade unions and the employer federations (so-called “social partners”). However, the message of nurses and the other caring professions is loud and clear: it is up to the politicians to do something about an outdated law that has unwittingly echoed down the ages.

This article is co-published with Nordics.info