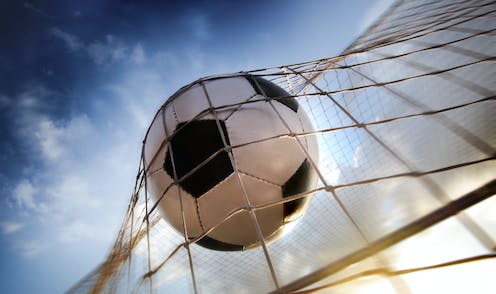 The football world has been rocked by the announcement of a breakaway European Super League (ESL). The majority think it a bad idea, from governing bodies Fifa and Uefa through to national bodies such as the FA and English Premier League.

The same goes for the fan groups at the six English clubs that comprise half of the ESL’s initial membership of 12: Liverpool, Man City, Man Utd, Tottenham, Chelsea and Arsenal from England. The remaining founders are Barcelona, Real Madrid and Athletico Madrid from Spain; and Juventus, AC Milan and Inter from Italy. The top German and French clubs are not participating.

Under the proposed system, these 12 clubs would join three more unconfirmed founder members and five additional clubs that would have to qualify each year. They would play midweek fixtures in two mini-leagues of ten clubs, with the highest finishers progressing to knock-out stages and eventually a final each May.

Effectively replacing the Uefa Champions League, the founders stand to receive €3.5 billion (£2.5 billion) in initial infrastructure payments between them, plus €10 billion for an “initial commitment period”. The 12 clubs propose to compete in their national leagues as normal.

The proposals are considered so outrageous that even the UK prime minister, Boris Johnson, is vowing to find a way to block them – despite not being known for his love of football. Pundits, including Gary Neville, the former Manchester United defender, have also been showing exasperation.

The ESL is being condemned as money-grabbing, since it would mostly be a “closed shop” without the jeopardy of relegation for founding clubs. Many consider it against the spirit of football’s long history, particularly with lower-league outfits struggling from the pandemic.

Neville thinks there is “not a chance” the proposals will go ahead, given the huge opposition. Others suggest they could be intended as a bargaining chip as Uefa unveils a revamped and expanded Champions League, which it says will take place regardless of the ESL proposals.

In England, many also want the football authorities to punish the “big six”. Relegations, expulsions and bans on players competing in the Euros and World Cup are being mooted.

But we suggest that everybody pauses for breath. Acting harshly against these clubs could achieve exactly the opposite effect to what is intended.

Authorities such as the English Premier League (EPL) may struggle to win hearts and minds by invoking football’s history. The EPL itself broke away from the English Football League in 1992, and the football authorities and fans were just as enraged at the time. Relegation was included in the proposal, although the clubs did not ask permission for the structure they created.

With the lion’s share of English football broadcasting revenues going to Premier League clubs, many in football already criticise the footballing pyramid. Not enough money filters down to the lower leagues, they argue, while years of transfer-price and wage inflation drove numerous clubs to the brink even before the pandemic.

Amid the empty stadiums of 2020-21, football is facing a choice: watch more clubs go to the wall or consider some kind of reset with reduced player salaries, regulated transfers, agents removed from the game, and resources distributed more equally.

The clubs behind the ESL appear to be rejecting this form of sustainable austerity. They are positioning themselves above rather than atop the existing pyramid. Of course, with some sitting on more than €1 billion of debt, receiving a signing-on bonus of €200 million to €300 million may solve their own financial crises.

The ESL could be a bargaining chip, of course. The big clubs have long sought Champions League reforms that benefit them financially, and timing the announcement a day ahead of Uefa confirming the Champions League revamp was clearly no accident.

Adding games to the congested football calendar is not something any leading club will relish. So perhaps the ESL proposal melts away in the coming days on the back of a compromise with Uefa. As Neville has pointed out, something similar happened with the English Premier League in 2020 having a plan to further strengthen the big clubs called Project Big Picture.

On the other hand, the big clubs could be seeking an extreme reaction from football authorities to enable them to go further. Maybe a standalone league is what the owners really have in mind, rather than the parallel mid-week league proposed.

The model we need to consider is that of top American sports such as American football or basketball, where there is no relegation and teams travel thousands of miles to play. They schedule matches abroad on neutral venues, and often move the team to a new city without any care for their local fan-base.

That owners refer to clubs as “franchises” is instructive here: four of the proposed ESL founder clubs have US owners with arguably little interest in football except for its earning potential.

You can imagine them thinking a group of 20 clubs from Europe will act like a gigantic vacuum cleaner to suck all the cash from football broadcast revenues and sponsorship. Teams can play multiple times each year, and why not have the local Madrid or Manchester derbies played to packed audiences in Rio, Shanghai or LA? Indeed, why restrict yourself to European clubs when you could also add rivals from South America, the US or China?

To counter this threat, the governing bodies and national leagues need to keep the 12 teams in their competitions. If such a standalone league effectively became – excuse the pun – the only game in town, it might matter little to individual players if they were banned from playing for national teams. They could console themselves with the even greater salaries likely to be on offer as the whole world watches their every game.

We certainly don’t think the ESL would be good for the game, but knee-jerk measures could do untold damage to all outside of the elite. It could squander a once-in-a-generation opportunity to remodel the Champions League and ensure that football at all levels remains financially viable. It may come down to who has the strongest brand: the football authorities, leagues or clubs – at the moment it seems the clubs have confidence in the answer to this question.

Chris Brooks receives funding from Innovate UK and the ESRC.

Andrew Urquhart does not work for, consult, own shares in or receive funding from any company or organisation that would benefit from this article, and has disclosed no relevant affiliations beyond their academic appointment.