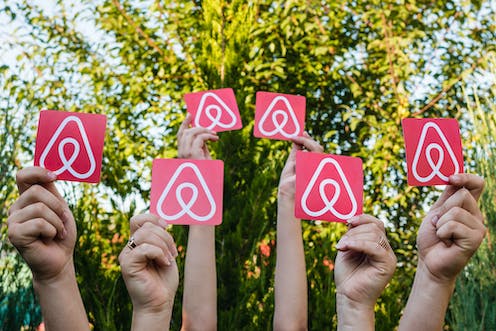 Power to the platforms. AlesiaKan

What David Cameron once called “the far-too-cosy relationship between politics, government, business and money”, has come back to haunt him. By lobbying on behalf of Lex Greensill’s influential finance company, the former UK prime minister’s prediction that lobbying would be “the next big scandal” has been proven right.

With Prime Minister Boris Johnson calling an inquiry into the episode, it all raises questions about the lobbying laws the Cameron government introduced in 2014. They appear so weak that seemingly no elements of the current saga were illegal.

Exemptions in the rules that prevent in-house lobbyists like Cameron from having to appear on the statutory register have left up to 80% of corporate lobbying untouched.

Yet this is not the only aspect of corporate lobbying that should worry us. Recent practices among digital economy businesses such as Uber and Airbnb illustrate that numerous activities that run contrary to the Transparency International guidelines for ethical lobbying can take place without breaching any of the existing UK rules.

In addition to traditional lobbying, these digital platforms have been cultivating corporate “grassroots lobbying” initiatives in which they resource and mobilise their users to lobby for deregulation or to block proposals or sanctions from government. They do this by using civil-society practices such as online petitions addressed to politicians, one-on-one meetings with representatives, protests and partnerships with existing civil society groups.

My recent report in association with the Ethical Consumer Research Association explores this. Airbnb, the main case study, has hired hundreds of “community organisers” since 2014 to create over 400 seemingly independent associations of property owners, primarily in Europe and North America but across all seven continents. The company provides members of these so-called home sharing clubs (sometimes also referred to as host clubs) with political training, refreshments and room hire for meetings, as well as transport, editing and rehearsing of owners’ testimonials, and suggesting policy goals that the company wants.

Airbnb’s clubs don’t follow the inclusive approach to campaigning that is common in the community-organising tradition from which they draw inspiration. Former staff describe how they curated clubs of individuals or small businesses that let properties on the platform, rather than the commercial landlords who tend to own the majority of listings and have been activists and policymakers’ greatest concern.

Airbnb says the clubs exist to allow owners to “build new relationships” and “discuss issues in their communities and help each other find more information about local rules”. Yet our research found that clubs are resourced and coordinated by Airbnb around its regulatory goals. They are particularly concentrated in cities where the business faces the biggest challenges, such as Barcelona, Berlin, Edinburgh, New York and San Francisco.

In Paris, for example, one former employee said Airbnb aimed to set up a club in every arrondissement, after facing proposals to require owners to register short-term lets with authorities. Here and elsewhere, local government and poverty campaigners’ concerns tend to revolve around housing, with short-term lets being linked to rent rises and long-term residents being forced out of neighbourhoods. 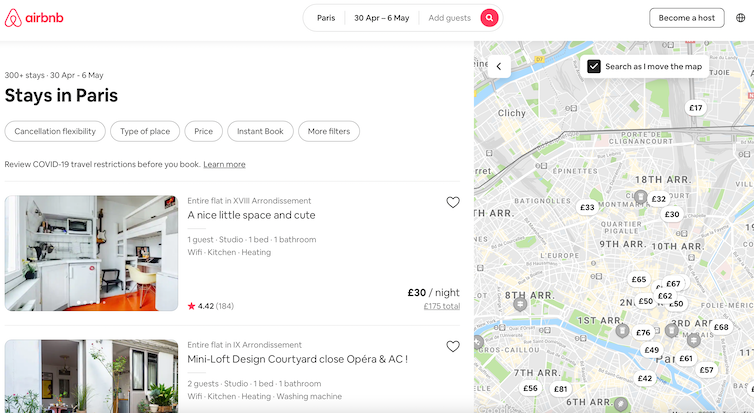 Paris has been a target for Airbnb campaigns.Airbnb

Other platform companies regularly mobilise users and staff too, albeit few examples appear as elaborate as Airbnb’s approach. For example, in November 2017, a widely promoted #SaveYourUber petition was directed at London Mayor Sadiq Khan after the London transport authority declined to renew Uber’s safety licence. This turned out to have been initiated by Uber’s UK and Ireland manager, Tom Elvidge. This is a routine tactic for the company, which has created a large number of similar petitions internationally using petitioning tool Change.org.

Another example is electric scooter company Bird, which added a push-button notification to its app to encourage its customers to flood local lawmakers in Santa Monica, California, with emails of support. This was on the back of a criminal complaint made by the city hall against the company in 2017.

Corporate-sponsored grassroots lobbying, sometimes called “astroturfing”, is better known in the US than in Europe. It is typically associated with the tobacco, pharmaceutical and fossil fuel industries.

The tactics used by platform companies such as Uber, Lyft, Airbnb, Bird and delivery company Doordash, are similar to traditional astroturfing, but with key differences. Where astroturfing campaigns are generally initiated by public affairs consultancies, digital economy businesses tend to hire staff in-house, with backgrounds in NGO-organising or electoral campaigning. As “in-house” lobbyists, they would not be subject to the UK transparency laws – just like David Cameron’s work for Greensill.

Another difference is that platforms also appear to take advantage of their users’ data to mobilise their customers, property owners or drivers – Airbnb phoning up property owners to encourage them to join home sharing clubs falls into this category, for instance.

Corporate-sponsored grassroots lobbying is a growing concern for transparency campaigners such as Corporate Europe Observatory, a supporter of the report, and Transparency International (TI), which warns specifically against “hidden and informal influence”. At the more extreme end, TI notes, this “includes acting through front organisations”, which are entities that act as the face of another organisation. This is how I believe we should understand Airbnb’s relationship to its clubs.

Charities such as Community Organisers and numerous tenants unions are also preoccupied by this form of lobbying, especially when it counters community campaigns for protecting affordable housing. Community Organisers worries that, “decision makers and customers will respond as if to a real grassroots campaign, rather than to a corporate lobbying effort”. Former Airbnb employees share this concern.

I also question the legality and ethics of the political use of platform data. Few users, when contacted, are likely to be aware of having consented to becoming targets for recruitment to corporate political organising.

Lobbying regulation outside of Canada and a few US states still says little about corporate-sponsored grassroots lobbying, so there is a risk that the practices continue to develop without scrutiny. The problems with defining business influence too narrowly are becoming clear, whether in relation to in-house lobbying such as Cameron’s, or these “grassroots” methods. A wholesale reworking of the rules around lobbying looks urgently necessary.

We invited the digital companies in the article to respond to the findings in the report.

We announced the creation of Host Clubs at a press conference in 2015. Host Clubs have always worked closely with our teams to advocate on behalf of the Airbnb community and we are incredibly proud of this work.

A spokesperson for Doordash said:

We know our Dasher community values the flexibility to earn when and how they choose because they tell us everyday. That’s exactly why we’re committed to protecting these supplemental earning opportunities, while continuing to work with state and federal lawmakers to pair Dashers’ independence with greater security.

The other companies did not respond in time for publication.

Luke Yates does not work for, consult, own shares in or receive funding from any company or organisation that would benefit from this article, and has disclosed no relevant affiliations beyond their academic appointment.