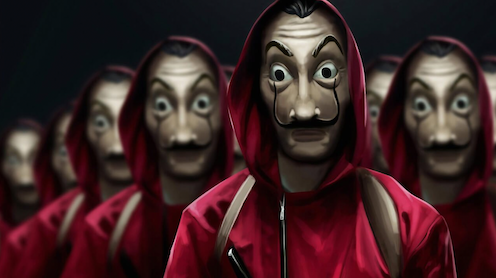 At the start of the COVID-19 pandemic in March 2020, US Federal Reserve System governor Jerome Powell made an extraordinary declaration: “We’re not going to run out of ammunition.” The central bank stood ready to take any action necessary to stem the mounting economic crisis. Three months later, the Fed injected nearly US$3 trillion dollars of liquidity into the US economy.

Such radical action by central banks – quantitative easing (QE) – has its critics on the right and left. Just as striking is that many prominent economists and economic historians have rallied in support of QE in responding to the threat of economic crisis. Their remarkable certainty reveals a story about how our understanding of present crises came to be dominated by lessons drawn from past crises, and in particular the Great Depression in the 1930s and its interpretation by economists, Milton Friedman and Anna Schwartz, in their 1963 book, A Monetary History of the United States.

Friedman and Schwartz claimed that the Federal Reserve System was responsible for turning an ordinary economic downturn into the Great Depression. When a massive financial crisis led to a sharp decline in the stock of money in the US economy, the Fed failed to take action to mitigate the problem.

By the end of the 20th century, their interpretation of the Great Depression had become sufficiently dominant in economics and economic history to qualify as the orthodoxy. When the global financial crisis struck in 2008, the Federal Reserve System proposed aggressive policies of monetary expansion to avoid its supposed mistakes during the Great Depression. 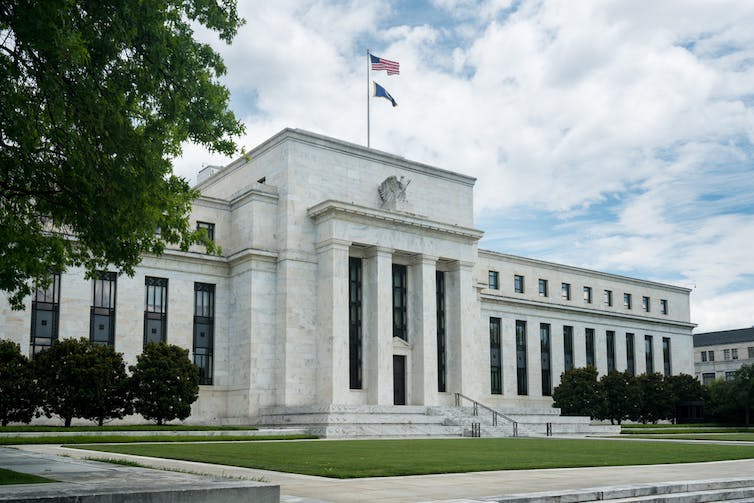 That flood of liquidity into capitalism’s financial system is remarkable in historical perspective, surpassing all previous records for monetary interventions, outside of wartime, since the beginning of the 20th century. It defines our economic reality to such an extent that the fictional story of a mysterious “Professor”, who meticulously plans a raid on the Royal Mint of Spain to print billions of euros, became the basis for the wildly popular television series, La Casa de Papel. As the Professor explained:

The Professor made these remarks long before central banks responded to the coronavirus crisis with an even greater flood of liquidity.

The onset of the Great Depression coincided with “a golden age” of theoretical and empirical research on business cycles and crises. Although they did not agree on the causes of cycles, economists tended to look for explanations of the recurrent fluctuations in economic activity in the internal dynamics of the economic system. This emphasis is readily apparent in the work of Wesley Clair Mitchell, an American economist in the early 20th century who was the foremost global authority on business cycles.

Mitchell began his career as a monetary economist at the University of Chicago where he met Thorstein Veblen and was inspired by the unconventional economist’s criticisms of orthodox economic theory and, in particular, its neglect of the process of “evolutionary” economic change.

To Mitchell, it was the “precarious dependence” of material wellbeing on an economy organised for profit-seeking that generated business cycles: “Where money economy dominates, natural resources are not developed, mechanical equipment is not provided, industrial skill is not exercised, unless conditions are such as to promise a money profit to those who direct production.” He looked to the dynamics of enterprises’ profit-making to explain the recurrent phases of business activity and how they “grow out of and grow into each other” in a process of cumulative change.

The depth and persistence of the Depression, especially in the country that seemed to embody capitalism in its most sophisticated form, reinforced the importance of understanding fluctuations in economic activity. A novel perspective proposed by John Maynard Keynes attracted particular attention: Keynes looked to the internal dynamics of the economic system for the roots of cycles, echoing other economists’ scepticism about its capacity for self-adjustment, but identified a significant new role for government in ensuring economic stability.

The significance of the interpretation of the Great Depression that Friedman and Schwartz laid out can be appreciated only by understanding the continuity and rupture it marked in economists’ analyses of business cycles. Their book was based on a combination of theory and history that bears an uncanny resemblance to Mitchell’s distinctive methodological approach to the study of cumulative change. But just as Mitchell had used historical annals and statistics to challenge the economic orthodoxy of his day, Friedman and Schwartz employed their historical research to confront not only what Mitchell and Keynes believed but what many economists believed about the inherent instability of a capitalist economic system.

In a Monetary History, Friedman and Schwartz conceived of the norm in capitalism as stability, as characterised by a harmonious covariance of money and income, interrupted only by aberrant cycles. It was during these unusual historical moments, they claimed, that money mattered a great deal. Insofar as the Great Depression was concerned, they posited that it was the drop in money that caused income to fall. While they acknowledged the monetary collapse originated in the waves of banking crises that ravaged the US financial system in the early 1930s, they blamed the US monetary authority for failing to inject enough liquidity into the system to counter the collapse. In doing so, they held government responsible for what seemed to most people to be a crisis of capitalism.

To defend their bold claims, Friedman and Schwartz embraced a methodological approach inspired by Mitchell but increasingly castigated as old-fashioned against the growing influence of econometric analysis in economics. Econometricians agreed with Mitchell on the importance of integrating economic theory and evidence but they cast economic activity in terms of stable mathematical relationships that belied the importance of cumulative change that Mitchell emphasised.

Friedman and Schwartz refused to be swayed by methodological fashion, opting instead for history to discriminate among different explanations of “statistical covariation” by going “beyond the numbers alone” to “discern the antecedent circumstances whence arose the particular movements that become so anonymous when we feed the statistics into the computer”.

Based on historical research, they purported to reconstruct the temporal sequence of events that they claimed led to a “catastrophic contraction” during the Great Depression. They also used historical reasoning to go further, to transcend a story that would otherwise locate the collapse of the US economy in the failures of its private financial system. The Federal Reserve System had “ample powers”, they suggested, “to cut short the tragic process of monetary deflation and banking collapse” but did not use these powers “effectively”. Through the use of counterfactual history, therefore, they created the impression of a crisis that did not have to occur. 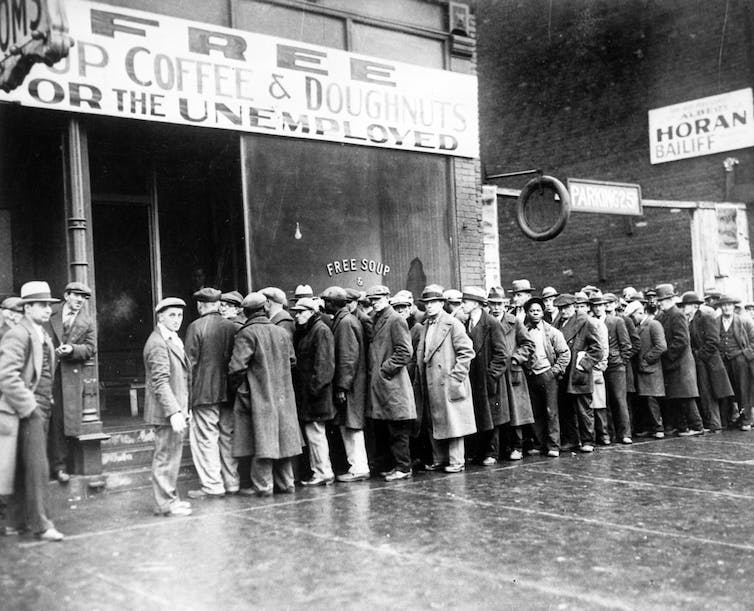 Asking why the Great Depression occurred in the US was a difficult question. Friedman and Schwartz’s answer was provocative and plausible, but much was left out and a great deal added in. We would expect criticism of their claims, and a plethora of alternatives. Yet, despite criticism over the years, many historians have extended the money hypothesis or qualified specific elements of it, rather than confront or evaluate the core claims on which it was constructed.

By the end of the 20th century, the radical interpretation of the Great Depression that Friedman and Schwartz proposed had become historical orthodoxy. The few scholars who were impertinent enough to directly confront it were subject to an onslaught of criticism. And for those unwilling to buy into the claim of capitalism’s inherent stability, neglect proved to be a powerful weapon. That such neglect was by design as much as ignorance can be seen in the writing of an academic economist, Ben Bernanke, who was to build an even more dazzling career as a central banker.

Bernanke acknowledged an important gap in the money story and proposed to fill it. Friedman and Schwartz’s interpretation of the Great Depression relied heavily on a banking panic, in which depositors pulled their money out of healthy and unhealthy banks, but without offering any serious explanation of the disruption of the US financial system. Bernanke came to the rescue but only by ruling out the few contemporaries like Hyman Minsky to whom he might have turned for insights on the instability of the US financial system, since their work departed “from the assumption of rational economic behaviour”.

That Bernanke’s paper garnered so much academic attention suggests the crushing effect of academic orthodoxies on purportedly scientific inquiry. But the stakes suddenly became a great deal more important, and the action more dramatic, when the historical orthodoxy of the Great Depression passed from academic minds into the policy sphere in the early 21st century.

Some sense of what was to come was in evidence at a celebration of Friedman’s 90th birthday in 2002. By then, Bernanke was a member of the Board of Governors of the Federal Reserve System and in an oft-cited tribute, he said: “I would like to say to Milton and Anna: regarding the Great Depression. You’re right, we did it. We’re very sorry. But thanks to you, we won’t do it again.”

Bernanke’s words surely gave the nonagenerian as much pause as pleasure. In Friedman’s presidential address to the American Economic Association, a few years after A Monetary History’s publication, he worried that “we are in danger of assigning to monetary policy a larger role than it can perform”. Still, he could hardly have imagined what Bernanke would dare when the opportunity presented itself.

Friedman may not have been around to witness the aggressive policies of monetary expansion that Bernanke implemented in his determination not to “do it again”. However, Schwartz suggested he was fighting the wrong war since the 2008-2009 crisis had nothing to do with liquidity. Ironically, many economists once believed much the same thing about the Great Depression of the 1930s. Just imagine what it would imply about our understanding of that crisis, not to mention the current fashion for quantitative easing, if they were right.

Mary O'Sullivan received some research funding as part of the “Uses of the Past in International Economic Relations” (UPIER) project, financially supported by the HERA Joint Research Programme 3 Uses of the Past which is co-funded by AHRC, AKA, BMBF via DLR-PT, CAS, CNR, DASTI, ETAg, FWF, F.R.S. - FNRS, FWO, FCT, FNR, HAZU, IRC, LMT, MIZS, MINECO, NWO, NCN, RANNÍS, RCN, SNF, VIAA and The European Commission through Horizon 2020.

Authors: Mary O'Sullivan, Professor of Economic History and Director of the Department of History, Economics and Society, Université de Genève